The Mandalorian Mercs Costume Club is a world-wide fan organization, that began as the brainchild of Tom Hutchens in March of 2007. Noticing that Mandalorian costumers had distinctive and separate needs to other Star Wars costuming groups, Hutchens decided to create a costume group based on Mandalorian culture.

The Galactic Academy allows the next generation of Star Wars fans to show the same passion and enthusiasm. It is the first online costuming club to celebrate young Star Wars fans, run exclusively for them…finally, the Star Wars costumers of tomorrow have their own home! The Academy encourages costumers from both the Empire and the Republic, so no matter what your age or affiliation you will find a home with us. If you have a Star Wars costume, Imperial or Republic, and you are under 18 years of age, the Galactic Academy is the place for you.

The R2 Builders Club has continually striven to develop an accurate resource for reproducing the lovable Star Wars astromech droid designated R2-D2. Current membership stands at over 7,100 and continues to grow with members from all over the world.

The Dark Empire is an international costuming home for fans of the dark side of the force. We welcome custom and canon Sith, Dark Jedi, and Grey Jedi. Other dark side-affiliated custom and 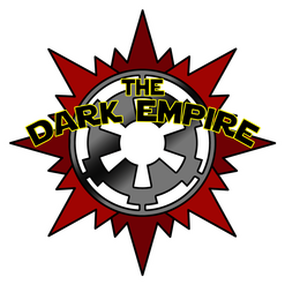 canon costumes accepted include force users and non-force users such as Sith Troopers, Sith Inquisitors, Imperial Agents, and Non-Mandalorian Bounty Hunters and Pirates / Smugglers. These costumes must represent Sith-affiliated characters from any of the STAR WARS movies, or from any era within the Expanded Universe including books, games, comics, and animated series

For more information please check their website The Dark Empire.

Jedi News was launched on May 4th 2007 (by James Burns and Adam Lamping) with the purpose of bringing the latest Star Wars news and views to the multitudes of fans in the UK. On August 12th 2010 Lightsabre.co.uk merged with Jedi News and Mark Newbold joined the team.

Saber Guild is a not-for-profit costumed performance organization that seeks to bring the magic of live Star Wars lightsaber choreography to charitable missions and underprivileged communities.

JOIN THE CAUSE!
Request our appearance.