Home »Base Briefings » Blue Ridge Base 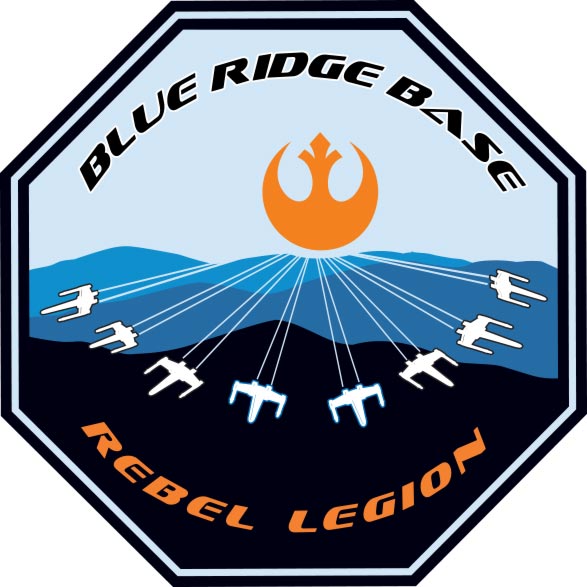 What area does the base cover?
The states of North Carolina and
South Carolina (U.S.A.)

How many members does the base have? 38 members

Does your logo have any special meanings to it?
The Blue Ridge Base logo is currently the only one in an octagon shape. It features the undulating Blue Ridge Mountains in shades of blue with a rising Rebel Firebird in the distance, and eight X-Wing fighters representing an icon from the original movie.

What is the base’s history?
Blue Ridge Base was formed in January 2010, having grown out of Freedom Base. Hope Diaz served as the first Base Commanding Officer, and Mark Stafford as the Base Executive Officer. The name was chosen to identify the region where the great Blue Ridge Mountains pass through both states.

What are some recent events?
So far this year, base members have attend events with the Durham Bulls Baseball team, Winston-Salem Children’s Museum, Victory Junction Children’s Camp, and the ConTempral Convention.