Show the list of all Episode Clone Wars costumes

Front Image Back / Second View Image Character Description Kitwarr was a male Wookiee born in 15 BBY and enslaved by the Galactic Empire along with his father, Wullffwarro. He was forced to work in the spice mines of Kessel until he and his fellow Wookiee slaves were rescued by a small band of rebels led by the Jedi Kanan Jarrus. Kitwarr was chased by a stormtrooper, but Ezra Bridger, a Force-sensitive human, came to his aid. The two were cornered on a catwalk by Agent Kallus, but they were able to escape soon afterwards aboard the Ghost....

Character Description Chewbacca (or “Chewie”, as he was known by his friends) was a legendary Wookiee from Kashyyyk and co-pilot of Han Solo’s ship, the Millennium Falcon. He was the son of Attichitcuk, the husband of Mallatobuck, and the father of Lumpawaroo. (Source Wookieepedia) Solo Screenshot Solo Screenshot Required Items Height 7’/213 cm Minimum Height Required Body Suit Promotional Poster Required Details Complete hair suit using natural or synthetic fibers, either tied or using National Fibre Technology Hair. Faux fur or fun fur is...

Cara Dune (The Mandalorian Season One) 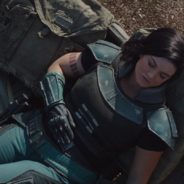 CHARACTER DESCRIPTION Carasynthia “Cara” Dune was a human female Alderaanian who served as a shock trooper in the Alliance to Restore the Republic and the New Republic during the Galactic Civil War. A seasoned warrior, she was an intimidating brawler and a crack shot. By 9 ABY, Dune had put her days of military discipline behind her to operate as a mercenary. (Source: Wookieepedia – https://starwars.fandom.com/wiki/Carasynthia_Dune) Front REQUIRED ITEMS Outer Tunic Required Details: The upper body tunic is made from a black... 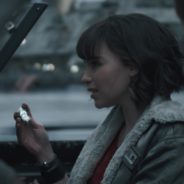 CHARACTER DESCRIPTION Qi’ra was a human female from the planet Corellia who lived during the reign of the Galactic Empire. Qi’ra grew up in a notorious Coronet City neighborhood known as the Silo, escaping its dangerous streets to become a scrumrat for Lady Proxima’s White Worms. Proxima noted her intelligence and initiative, rewarding her with the title of Head Girl. Qi’ra’s affection for Han Solo proved her undoing, though. She intervened to save Han’s neck, but was left behind in their botched attempt to escape Corellia. (Source Star... 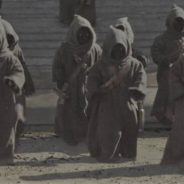 REQUIRED ITEMS Mask Required Details: The mask is face shaped, becoming a base upon which to mount the two glowing eyes. The mask is completely black with a shroud constructed of a black material that hides the entire head and face of the costumer. (No parts of the wearer may be visible). A black mesh or cotton gauze fabric may be used to cover the front of the mask. When the mask is worn only the illuminated eyes are visible from inside the hood. The eyes are bright red and approximately 3/4″ (2 cm.) and do not bulge out. Eye lights... 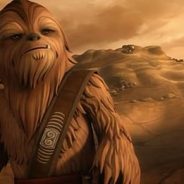 Gungi was a male Wookiee Jedi youngling who was training to become a Jedi in the Jedi Order during the Clone Wars. 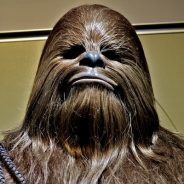 Salporin was a Wookiee warrior, the mate of Gorrlyn and close friend of Chewbacca. 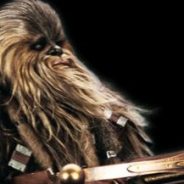 Merumeru was a male Wookiee from the planet of Kashyyyk 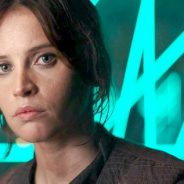 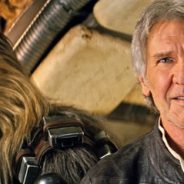 read more
« Older Entries
JOIN THE CAUSE!
Request our appearance.