Home »Announcements » I Am Rebel Legion: The Story of Nancy

I Am Rebel Legion: The Story of Nancy 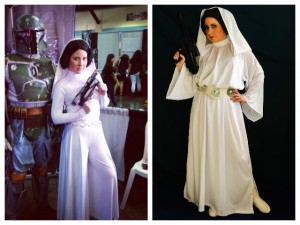 This article is part of an ongoing series of testimonials from our members, who gladly shared their stories about how The Rebel Legion has made a positive impact in their lives as well as the ones from the people in their community.

If you want your story to be featured, send it to angie.rivera@gmail.com

May 24 of 2014.  I was on my way to deliver a costume for my goddaughter so she could dress up to attend Puerto Rico Comic Con.  I was already curious about the event, but every year I planned to attend, something always happened that I couldn’t go.  There were no tickets left for that day.  At the time I was going through a deep depression and it was the first time I took sick leave from work.  Due to the situation, my mother insisted that I attend the convention on Sunday, because there were tickets available.  I was very hesitant because I didn’t have a costume.  Since I was a girl I loved dressing up for Halloween.  When I reached adulthood I always chose to dress up in costumes that were different to me.  Lots of makeup to hide my face.  To be unrecognizable to my friends was a lot of fun for me so dressing up as Princess Leia was never an option.  The only thing I knew about Star Wars was the Prequel Trilogy with Hayden Christensen and the main characters of the Original Trilogy.

My mother finally convinced me to attend Comic Con that Sunday.  I thought I had to dress up as Princess Leia for the event, because people always told me that I look a lot like Carrie Fisher.  I knew that a Princess Leia costume wasn’t going to be available because it wasn’t Halloween season, so I bought the first thing I found: a white dance outfit.  My mother completed the outfit by adding a white pillowcase (you read that right; a pillowcase), and painted a pair of old sneakers with white Griffin Scuff.  What a mother wouldn’t do for a daughter to make her feel better!

As soon as I stepped into the venue, a new time in my life started in the time I was the saddest.  Before that day, I was always exhausted because of my workload, I was lonely, felt different, and more focused on making other people happier than I was.  Dance troupes were my therapy, but I didn’t belong to any at the time.  Time went by and my friends moved on.  I felt weird because I was always talking about movies and making costumes.  While my friends always talked about kids and wine. I was always wearing my geeky shirts, going to the theater on weekends, planning birthday parties with movie themes and that sort of stuff.  My girlfriends were obsessed with buying shoes and purses, and I was obsessed with buying sneakers.  An emptiness was taking over my life slowly.  An emptiness that is getting filled up again thanks to that Sunday afternoon at Puerto Rico Comic Con where I met Rafael, Maria Judith and William, who invited me to join the Rebel Legion Puerto Rico Base.  Since that day I realized that there are people like me, who are passionate about costuming, who live one day at a time and are happy in their own way.  I noticed that I was out of touch with life.  I understood that it wasn’t an obsession like some relatives thought.  And most importantly, I confirmed that there are lots of people in the world that need people like me, who can bring happiness and the illusion of bringing their favorite movie characters to life.

Meeting fans worldwide, visit new cities and towns, visit children’s shelters and share my time with hospital patients are only a few experiences that God has given to me through the Star Wars Universe.  Only God, working in mysterious ways and the perfect moment.