Members and friends of the Rebel Legion costuming group raised over $8,000 at their first-ever charity dinner, held during Star Wars Celebration Anaheim. 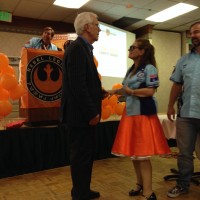 The charity dinner was the brainchild of three Rebels – Rick Chinn from Hoth Base in Australia, Suzi Stelling and Roman Bela from Elstree Base in the United Kingdom – who decided to use the opportunity to fundraise for Variety while Rebel Legion members from all over the world were gathered together for the biggest event in Star Wars fandom. 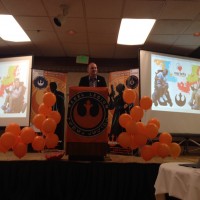 “Coming from a show business background, the Rebel Legion and Variety, the Children’s Charity share a common goal of building a better, more fun world. Like the Rebel Legion has “bases” around the world, Variety has “tents” across the world serving children at a local, national and international level,” David said later.

“We are thrilled to be working with the Rebel Legion globally to help brighten the lives of many more children. On behalf of the kids Variety supports, we thank the Rebel Legion members for their support and partnership.”

Donna Keeley, commanding officer of the Rebel Legion, said: “We are proud of what we were able to achieve with our Charity Dinner. Our only regret is that we had to turn so many people away as it sold out about two months before the night. We had great guest speakers, a very generous crowd and some special VIPs to join us.

“Our hope is that this can become one of our signature events, to have the Rebel Legion Charity Dinner at Star Wars Celebrations supporting a wonderful charity.”

Plans are now under way to hold another charity dinner at Celebration Europe in London next year. 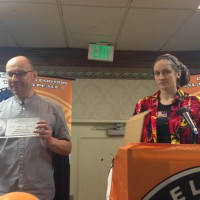 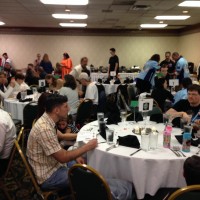 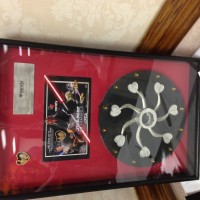