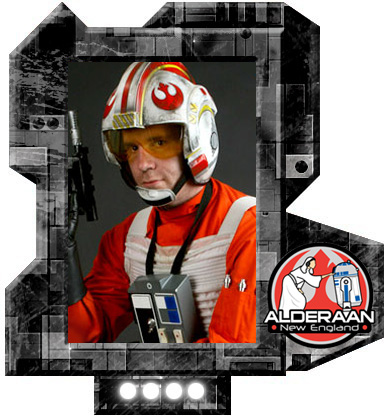 Justin “Phantom6” Manning
joined with the Force at the age of 43 on Sunday morning, January 17th after a hard-fought battle with cancer. He was a member of the Rebel Legion since 2003, and a two-term BCO of Alderaan Base. Though his battle required him to move to inactive status, he was never far away, and often attended events, his camera in hand. Always at his best when he was making sure others were having a great time, he went out of his way to ensure everyone felt welcome. Justin made friends wherever he went, and will be missed by everyone in the New England costuming community.